» The Band » Our Musical Director

David joined Eastbourne Silver Band in 1960 on bass trombone and started conducting when a group of junior players asked him to take them at the Eastbourne Music Festival. The group won the quartet prize two years running in 1980 and 1981 beating the band’s senior quartet in the process! 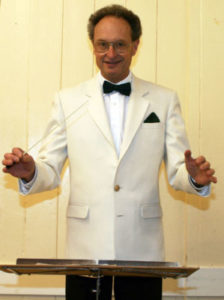 David became the band’s deputy conductor taking the band in the absence of the then MD at the traditional concert at Eastbourne bandstand on Christmas Day and the Festival of Remembrance in the Congress theatre before becoming their Musical Director from 1982 to 1988 a period that was particularly successful for the band. During his time as MD, the band recorded two tapes which were very popular with their audiences. He is still playing with the band regularly and deputises with other local brass bands when required.

David has a keen interest in all styles of music and has played with a number of local orchestras. He is currently bass trombonist with Eastbourne Symphony Orchestra. He also enjoys swing and dance music and plays tenor trombone with The Johnny Spice Swing Orchestra, Swingshift and Big Band Sounds.

In 2015, David started a brass club at Hailsham Community College and teaches a group of enthusiastic students every Wednesday after school during term time. The students join Wealden Brass at their Tuesday rehearsals as soon as they achieve the required standard.

David joined Wealden Brass as Musical Director in 1998 and under David’s leadership, the band’s membership has grown from 18 to the current 30 and the band’s reputation for providing audiences with entertaining concerts has grown considerably. 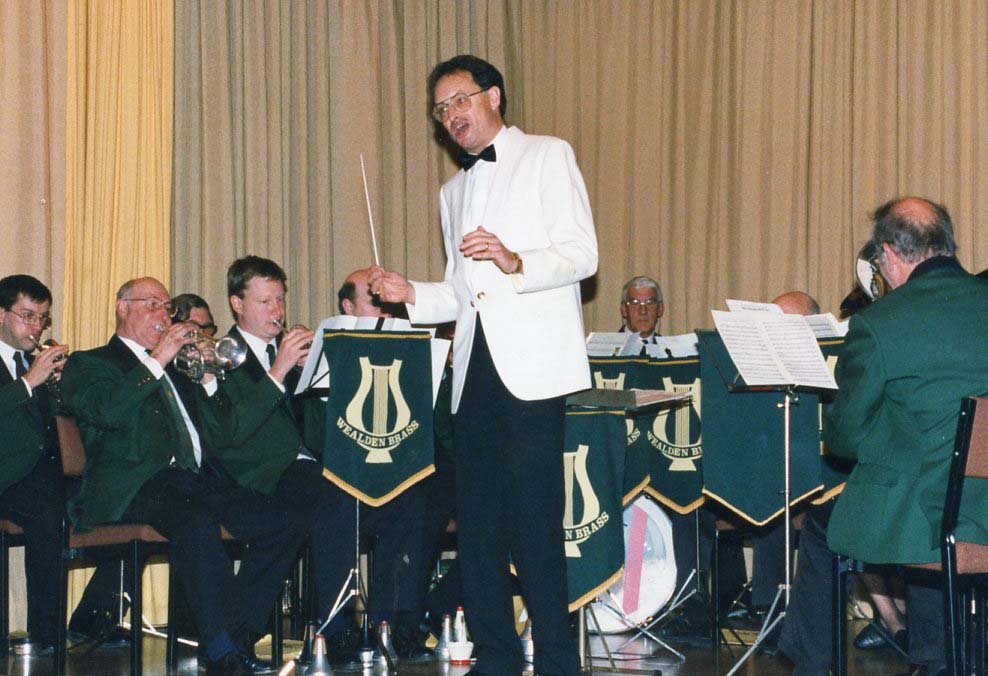 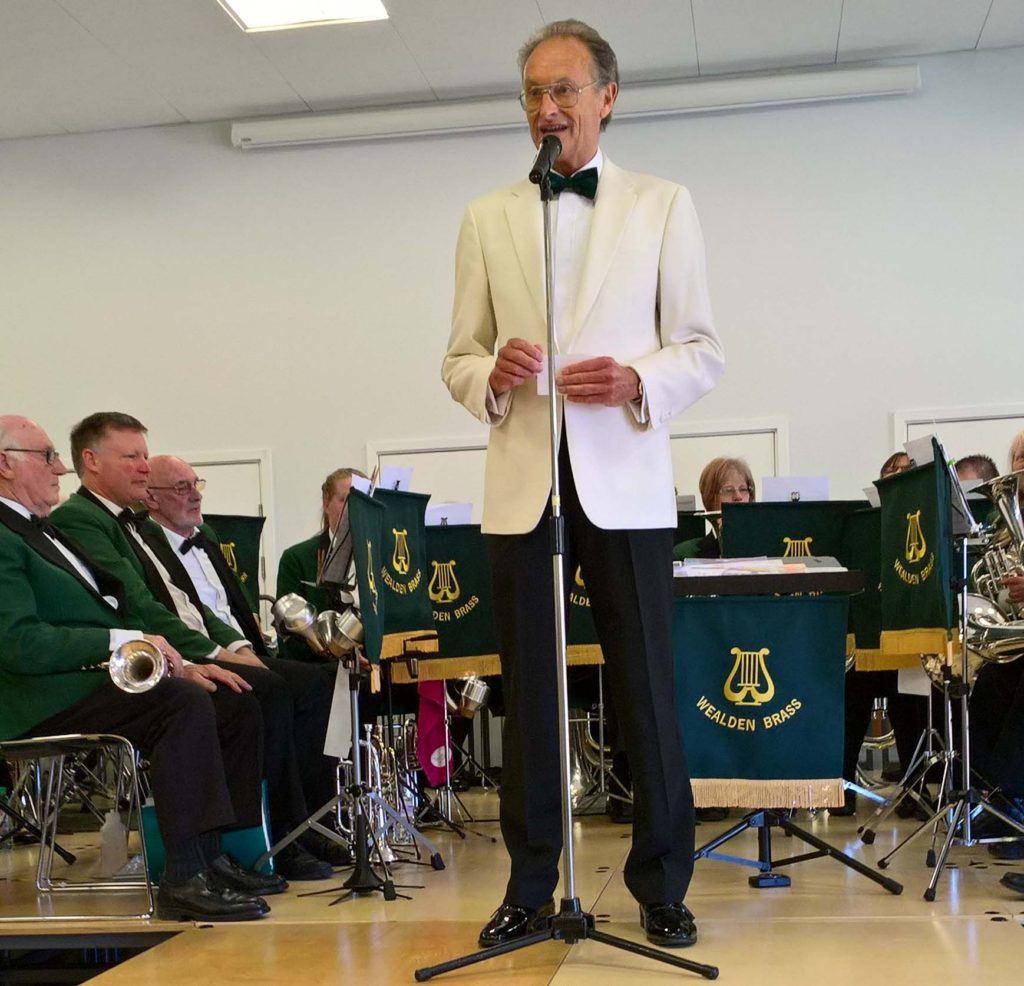 Entertaining the audience and giving the band a well earned rest between pieces – RAFA Wings Appeal Concert, 21 May 2017

With these aims in mind, the band concentrates on contrasting styles of music, solos, instrumental features and guest appearances of instrumentalists and vocalists.